That’s the dream isn’t it? To be able to work from home, with no pants on.

But is it really all it’s cracked up to be? The last couple of weeks, I’ve switched from a 9–5 office job to working as a freelancer from home. So what should you be aware of before you make the switch?

A couple of weeks ago, I switched to being a full-time freelancer, working from home. And while I’m not sitting at home all day without pants on (my seat is itchy 😂), there are a lot of things to adjust to. 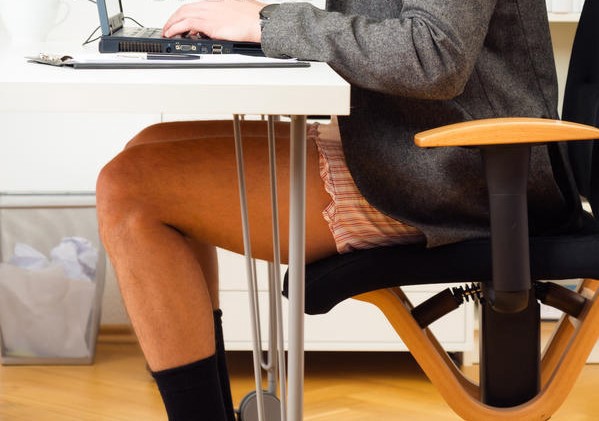 Coming from a very active, friendly office it was a huge shock to not be around people for the most part of the day. I think my dog’s already sick of me (he keeps going and hiding outside) and I’m taking advantage of being able to talk out-loud to (and argue with) my Google Home (I swear I’m not crazy). I don’t have any housemates either so have been making a conscious and ongoing effort to still spend time around people.

It took me the grand total of one day (and by one day, I mean by about 9am on the first day) before I realised I needed to do something about the ‘people’ aspect. I’m already part of a fairly active slack group (fender.co, check us out), and so grouped together a separate channel for those in similar situations. We’ve got quite a few freelancers, remote workers and even a couple of digital nomads, so quite quickly had a small group join. It’s nice to be able to talk to people in similar situations and even form our own ‘team’ with regular ‘stand-ups’ to let others know what you’re up to. While co-working spaces are great, as a newly minted freelancer it’s a bit hard to warrant the cost. But you can usually find someone in a similar situation who’s keen for a get shit done session. Find a nice cafe, or pick a house with decent wifi and make sure you actually get stuff

While it is tempting to stick with the same routine from your last job, guess what? You don’t have to! I’ve never been a fan of working the 9–5, I felt like I was wasting the best part of the day. Previously I’ve worked 7.30–3.30 and the early start was well worth it, even after I’d left work I still had half the day.

Now I have the chance to work the hours I want, and I can get stuff done when it’s less busy. I’m actually home when parcels are delivered (that always bothered me) or if I need to get a plumber or electrician out. If I have to go to the shops, I can go during the day when there’s hardly anyone around, and I’ve started going rock climbing in the morning when there’s hardly anyone to share the walls with. Best of all, I can take an hour during the day to take my dog to the beach. Being at my desk at 7am is worth it, when I’m at the beach at 10.30 and already have several hours of work done.

I’m also able to check out meetup groups that I couldn’t before (also touches on the people part). I can go to morning meetups, lunchtime meetups and maybe even skip the rush hour before the evening meetups.

Being able to choose my working times, means that I can work when I work best. It’s great to get a couple of hours work in the morning, have a break while the weather’s at it’s best, and even better be able to actually take the post-lunch food-coma induced nap 😴.

While it’s good to be able to work when I want, having some semblance of a routine is still really important. When you don’t have to travel far, and can work on the couch, or stay working into the night, it’s easy to lose track of time and space altogether.

My will-power is still something I’m working on (and it’s hard when you don’t have to be at your desk at 8.30), so I turned to technology. I had a bit of a look around and eventually settled to give TimeTune a go (I decided the $5 app price was likely worth it). During the week, I have a routine set up and reminders each time I need to switch tasks or go and do something else. Starting at 5.30am (I’m a morning person, I know I’m weird), my phone beeps for me to go for a run, start work, take a break or go rock climbing (read on, trust me it helps).

Although it’s tempting to just keep working through, I’m also making sure to separate weekdays from weekends. While I’m not locked in to which days I work, keeping some days off is important to switch off. In the same way, I also make sure to separate areas of the house. Work is done at the desk, time off is on the couch.

Ok, so this is a little easier to do right now, but I can’t stress how important it is to make sure you get a change of scenery. At the moment I’ve still got my rock climbing membership, so several days a week I take a break in the late morning and smash out a couple of climbing walls. It’s great to have the break, and I can come back to my desk feeling refreshed (although a little sore).

While the couch (and your bed) should be kept a ‘work free zone’, I also like to switch things up a little. Sometimes I take a chair outside in the sun, other times move into the dining room, but change locations up a little rather than being stagnant at a desk.

It’s also nice to just go out and work somewhere else. There are plenty of cafes around that offer wifi (be nice and order something though) and the change of scenery can do you some good. This is also a great chance to try working with a couple of other freelancers, having a change of scenery and getting to be around people at the same time.

It definitely takes some adjustment, and it’s not for everyone. It can be nice to have a change of pace and be in charge of your own work schedule, however there are many other factors you need to consider (money being a very big one) before you make the switch.

I spent a long time being exhausted from my 9–5 (or in my case, 8.30–5.30), and despite the fact that I now have more stress, I’m more relaxed and happier than before.

Back to Article Feed